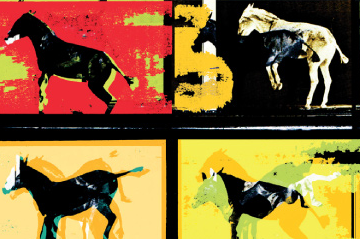 During International Animated Film Workshop in Krakow / Lanckorona animators are to work on concepts for their films and implement them under the guidance of Polish and foreign film experts. The workshops are directed mainly to artists and students preparing to start their careers. During the Workshop they will be working on their debut films, producing film excerpts and developing their professional skills and knowledge of the latest film technologies. The workshop is also intended for artists dealing with other mediums: painting, sculpture, graphics, etc. The workshops support the artistic and professional development and establish friendly environment for preparation and implementation of projects as well as initiate production and distribution. Many videos initiated at the Workshop are presented and awarded at different international film festivals.

Since the very beginning, workshops are conducted by Jerzy Kucia – animation filmmaker, winner of numerous international awards and author of many initiatives in this field. There already have been 25 editions of the Workshop, which was attended by participants from over thirty countries.

Every year foreign and Polish artists, educators and professionals are invited as teachers, lecturers and special guests to share their knowledge and present their achievements. I have been participating in each workshop edition since 2017 as a lecturer for Sound Design and Music in Animation Films.